Parenting is the easiest thing in the world to have an opinion about, but the hardest thing to do in the world. – Matt Walsh

I have seen this on a Facebook page called Love What Matters. It’s a page where they share inspirational short stories. As you can see in the screenshot, it is praising the nice Lowe’s employee who helped pacify a cranky toddler. But for some people, it became their glorious mom shaming moment. They didn’t bother to stop and remind themselves that they do not know the lady or the child and their entire life story at all.

Note: I don’t want to show their name nor picture, this is not to shame them too. We cannot judge their entire being for what they said. The only point is to show an example of parent-shaming.

Another example of parent-shaming is the gorilla killing incident wherein a 3-year-old boy fell into a gorilla exhibit at the Cincinnati Zoo. I personally feel sad that the gorilla was killed. Who wouldn’t? It’s a critically endangered animal.

But seeing this kind of insults made me even sadder.

Just in case you’re curious whether the mom is guilty or not, I saw this on CNN, Gorilla killing: 3-year-old boy’s mother won’t be charged.

Parent shaming nowadays became so rampant that it’ll make you think that compassion has already run out of fashion. I have to admit that when I was younger (like college days), it’s easier to question parent’s way of disciplining their child. As I grow older, thanks to parenting articles and friends with kids, I became more and more aware of how hard it is to raise kids especially when I became a mom.

Let’s face the reality. We are not perfect, never been and definitely never will be. And parenting doesn’t come with a manual. It’s a very hard job and it gets harder when other people drags you down. It’s so upsetting, that it can make parents lose their focus in what matters most in raising kids.

How to stop? Before making a comment and hitting that “post” button or spitting the words out of your mouth, think! Not only once, twice, but as many as needed. Learn to empathize. We all want to raise our kids properly and we are all doing our best. We all make bad choices in parenting one way or another. Are you a parent? Then yes, you are guilty too. Do not pretend otherwise. Bad mistakes don’t make us bad parents. Mistakes help us learn, not just with parenting but for all aspects of life. What’s important is we learn from our mistakes.

And just like this advertisement (I super love this powerful video!), Tang #WeAreHomeMade: No to Parent Judging, let us help build a community with compassion, spreading goodwill and giving courage to parents especially during their hard times.

I have also read a powerful message from reallifeparentingblog.com, “We have to stop separating ourselves from these awful events saying “that would never be me because I know better, I would do better, I am better.” Because we aren’t better. Most of us just haven’t found ourselves in the position to have the worst in an accident or tragedy come to fruition. We’re not better, just luckier.”

And whenever you feel the urge to judge other parents, please read The Top 7 Reasons Why You’re Mom-Shaming. It will help you reflect and help you to heal. Yes! I know you are hurting too. The sooner you admit it, the sooner you will heal. The more we will be able to achieve a peaceful and happy community.

One thought on “Parent Shaming – It has to stop!” 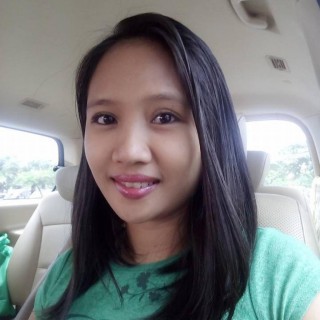 I am mom who’s trying to find fun and exciting things out of ordinary, finding ways to make a normal day a special one and the most important of all, doing my best to create a home filled with love and happiness. I know that it’s going to be a hard journey, but definitely not impossible. May you find inspiration from my posts.